Good thing my wife spotted this, because I hate it when my power failure runs out of power: 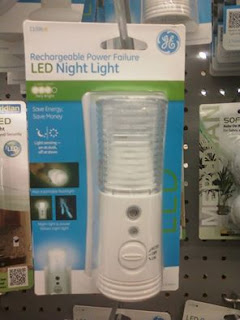 This one seems to have a way to moderate drainage by absorbing light! 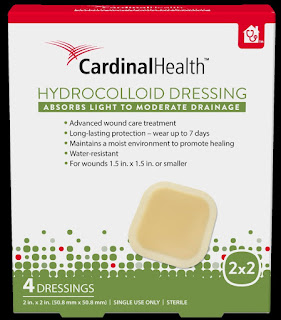 And finally, for those of you who need style help and/or companionship: 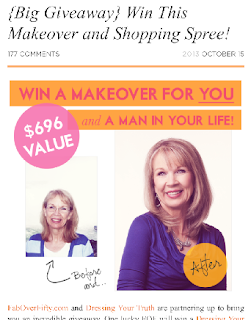 Here's the deal: I am not a fan of Hillary Clinton; I'm in favor of supporting the constitution and not putting huge amounts of power in the hands of a few people (i.e. executive orders and court rulings that ignore Congress). Not to mention the whole abortion thing, etc. But somehow - I haven't fully figured out how yet - the person running against her is Donald Trump. Like just about everyone else, I thought it was a joke at first. And honestly I didn't know that much about the guy. But at this point it's pretty clear that he doesn't have the moral character to deserve a political office.

That creates an interesting dilemma. (Not for liberals, of course - I'm sure they're loving this.) You don't want to vote for Trump. But you don't want Clinton in power. It seems that most of the Republican leaders are deciding that they have to keep Clinton out of office at any cost, and so they are endorsing Trump, even while they condemn his racist, sexist, and otherwise disrespectful comments. No doubt they hope that they can sway him, to convince him that he needs to tone things down in order to attract a broader voting base. And obviously a lot of voters are behind this.

I can't do it. As much as I don't want Clinton to be president, I can't be a part of someone like Trump getting there either. And that's not to say he wouldn't do less damage - I honestly don't know what he'd do. I kind of doubt that he'd really attempt most of what he has suggested he would. But at this point, I'm not sure it even matters. Even if I agreed with Trump on every issue (which of course I don't), I still wouldn't vote for him, because again, I think that there's a bar you have to set on morality, and he doesn't meet it. In fact, it seems to me that the only value Trump has is that he wants to feel like a winner. If that's the case, then he'd do anything to feel like he's winning. Anything. At least Hillary Clinton is clearly self-centered and cares about her image. That's not respectable, but it's predictable.

So some will accuse me of helping Clinton win. And they are probably right - I am sure that lots of conservatives will feel the same as I do, while most liberals will happily pick Clinton over Trump. But you can't set your priorities such that you will keep a particular person out of office "at any cost". Those costs can become very high. It's too high this time. I'm not sure who I'll vote for, but I'm sure they won't win. But if Trump somehow manages to become president, and if he is as destructive as it seems he could be, I'll be able to say that I had no part in it.

But still, curse.
Posted by Brian at 8:35 PM No comments:

It's embarrassing that we have to even talk about who should go into which bathroom, but apparently we do. There's a lot of that talk going around, and it seems to me that most of it misses the point. The problem with trying to redefine genders with respect to bathrooms is not with the folks who believe they're of a different gender than they are. (I don't like the term "transgender" because it implies that gender is a changeable thing, which is not true. Even aside from any religious doctrine, science tells us that much. And if you think about it, trying to argue otherwise just ends up propagating a bunch of harmful stereotypes about how men and women should think and feel. But that's a different topic.)

The problem is the other folks, who can very easily pass themselves off as transgender. Here's the thing. Nearly all perpetrators of sexual abuse and harassment are male. (Biologically male.) And nearly all victims are female. Segregating bathrooms and locker rooms by biological gender separates the perpetrators from the victims in situations where abuse is likely to occur. By definition, that has to reduce the number of abuses. If a man can say he's a woman and go into the women's locker room, and if it's not PC (or even legal) for women to boot him out on sight, you have to assume that the dregs of society will do that.

People argue that said segregation shouldn't be required because there are already laws against that kind of abuse. But that misses the point - those laws only provide protection after abuse has already happened. With the "new way", women aren't allowed to protect themselves until they have already been abused. How is that acceptable to anyone?

Of course, proponents of the change point to the feelings of the transgender folks as the point of the new policies. Their feelings are certainly important, and it's certainly important to be respectful. However, the real cause of their discomfort is a lot deeper than which bathroom they are in; it is rooted in gender identity. To use what some might call an extreme example: Imagine that I were to sincerely consider myself a Native American. Let's say I tried to drop in on a ceremony of some tribe. They might look at me strangely. Depending on the situation, they might not even let me in. This would presumably make me feel uncomfortable. But the root cause of my discomfort would be my own incorrect sense of racial identity, not their reaction. I am not a Native American, and believing myself to be one would be guaranteed to cause discomfort. Anyone concerned with helping me feel better would begin by helping me understand the real meaning of the term and that it doesn't apply to me.

I realize that this sounds like it's begging the question, since the definition of gender is part of the issue. But it's really not. Because comfort aside, the issue of protection is very much connected with "gender at birth". And as I see it, as important as it is to respect the feelings of people with gender identity issues, protecting women and girls is far more important.
Posted by Brian at 8:22 PM No comments: